Turbochargers properly operated car engines do not require frequent repairs, achieve mileage of 100 000 – 500 000 km and trucks up to 1 000 000 km. The reason for their possible previous failures are usually errors in the operation and maintenance of engines or damage other systems of cooperating directly with turbochargers. It is therefore important to determine the cause of failure before another turbocharger is mounted.

The most common causes of breakdown is: 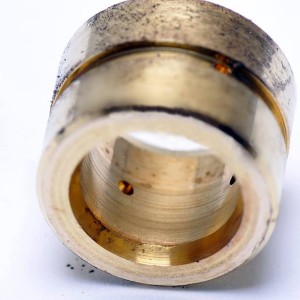 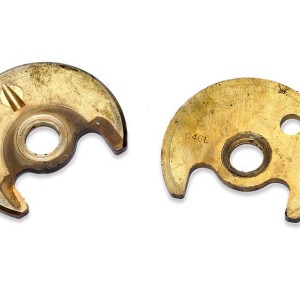 Fot.2. Scratches thrust bearings due to improper pressure lubrication, low quality oil or dirt. The cause excessive wear of the thrust bearing may also be throttled exhaust system (eg clogged particle filter or a catalyst), which in turn gives rise to the axial forces acting on the turbine. 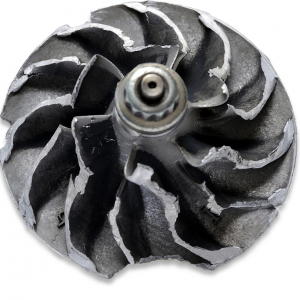 Fot.3. Damaged wheel compression after impact of the compressor body. 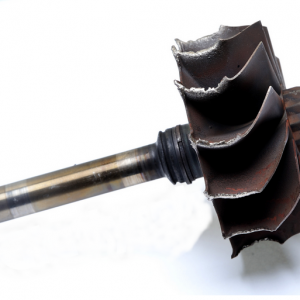 Fot.4. Damage to the rotor by increasing the turbocharger bearing play, which in turn led to the impact blades of the rotor housing of cast iron.

2 Semi-liquid friction caused by low engine oil pressure or low oil pump expenditure increases the friction force between the bearing and the rotor turbochargers, which in turn may reduce the speed of the rotating assembly. Too low rotor speed reduces the efficiency of the turbocharger, resulting in too low boost pressure and there is a decrease engine power. Semi also increases friction between the rotor and the temperature of the bearing, which can cause seizure of the rotating assembly. Too long work turbochargers with insufficient lubrication can lead to fracture of the turbine rotor. This damage is a result of bearing seizure, or the material structure changes due to long term effects of high temperature. 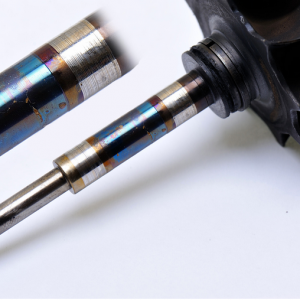 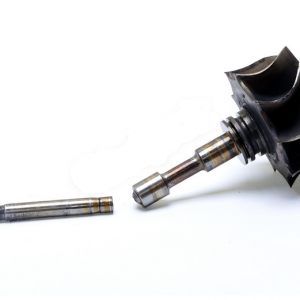 Fot.6. Rupture of the turbine rotor shaft due to turbocharger bearing seizure.

3 Prolonged periods of engine oil change or the use of improper oil, and immediately off the hot engine could cause the bearing will embed carbon deposits. This has the effect accelerated wear of the bearing surface and the short life of the turbocharger. On the condition of the bearings also acts destructively low oil lubricating properties such as diluted by the liquid refrigerant or fuel such as diesel fuel. 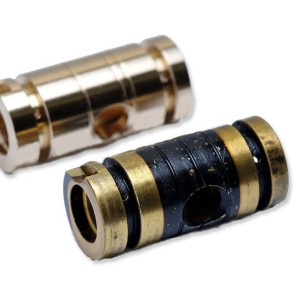 Fot.7. Comparison of the two thrust bearings: new and used with visible traces of carbon deposits on its surface. 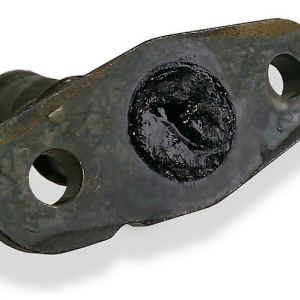 No possibility of runoff oil through the blocked pipe prevents proper lubrication and cooling the turbo and cause it to lose its tightness. Most oil begins to escape to the aluminum shell of the compressor or the turbine housing of cast iron. In the second case there is a risk that due to the high temperature carbon deposits will form on the surface of the turbine rotor, which can cause considerable wear of the bearings and the bearing housing of the sealing ring of the turbine. 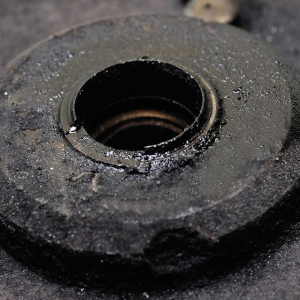 Fot.9. Damage to housing resulting from increased operating temperature of the sealing ring side exhaust turbocharger.

II. Damage caused by the presence of foreign bodies

Damage caused by foreign material most often occur as a result of entering into the turbocharger foreign bodies from the intake or exhaust of the engine. In most cases, these are the elements of the air filter housing or the filter assembly part of the bands, in the case of engine failure and its consequences such as fragments of valves, rings, pistons small parts, glow plugs or carbon deposits from the combustion chamber.

This type of damage may also occur when using vehicles with a leaking intake system, eg with ruptured or leaky pipes intercooler intercooler. There is a possibility in this case, sucking impurities such as dust, sand, salt, etc., to the intake system. 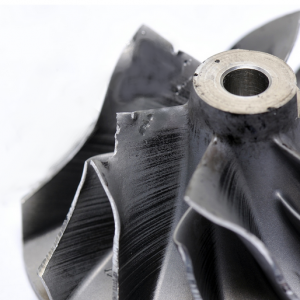 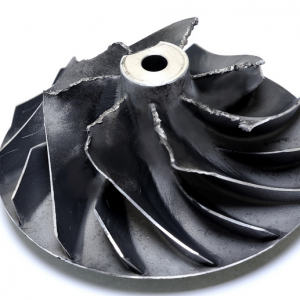 Fot.11. Damage to the blades of the wheel as a result of prolonged compression of contaminants entering the intake system. 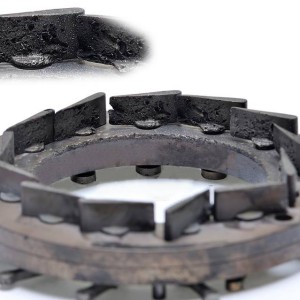 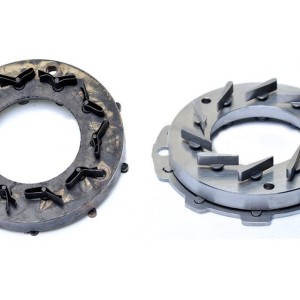 Fot.13. Distorted blades variable geometry turbocharger with original equipment with the 1.6 HDI made ​​of sheet metal. 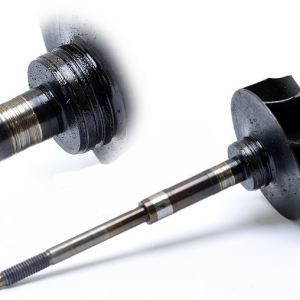 Fot.14. Damage to the surface of the pivot shaft in the event of oil contamination turbo power (eg, filings). 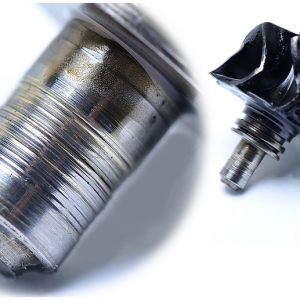 Fot.15. Damage to the surface of the pivot shaft in the event of oil contamination turbo power (eg, filings). Additionally, rupture of the turbine rotor.

The team spinning turbocharger is designed for a specific speed range. Where is exceeded constructors provided by the rotational speed of the turbocharger in a few seconds can lead to permanent damage to the turbocharger. The devastating effects are also too high exhaust gas temperatures. 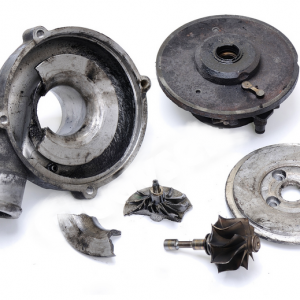 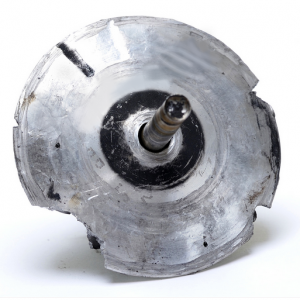 Fot.17. Actual compression of the wheel due to too high a speed as evidenced by the traces of plastic deformation of the material typical for aluminum alloys. 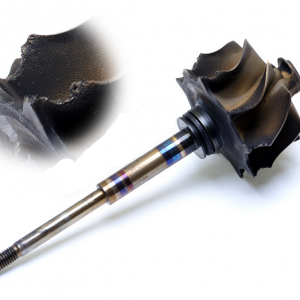 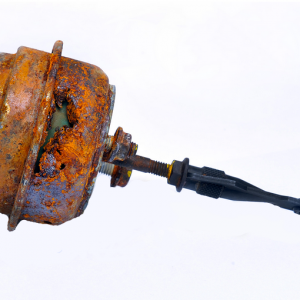